Opposition unhappy over Kedah MB’s decision to suspend 5 students
(New Straits Times) - MENTERI Besar Datuk Seri Azizan Abdul Razak came under fire from a leader of the opposition pact over the Pas-led Kedah government's decision to suspend five students from the state-owned Kolej Universiti Insaniah (Kuin).
Parti Keadilan Rakyat's communication director Nik Nazmi Nik Ahmad said they regretted Kuin's decision to apply the Universities and University Colleges Act 1971 (UUCA) on the five students."We hope justice will prevail in this case and that all the opposition-led states show their commitment against the UUCA by not allowing a repeat of such incidents," Nik Nazmi said  yesterday. 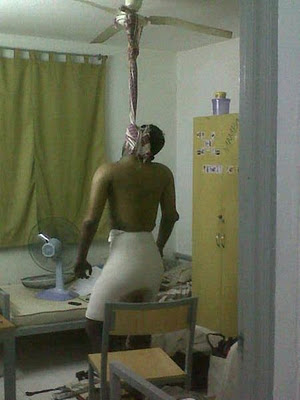 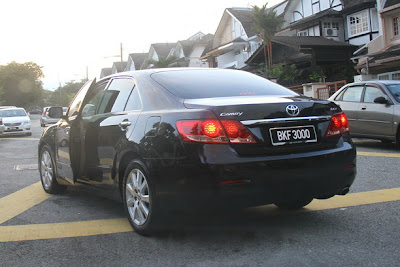 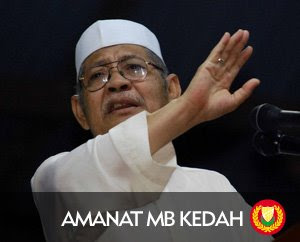 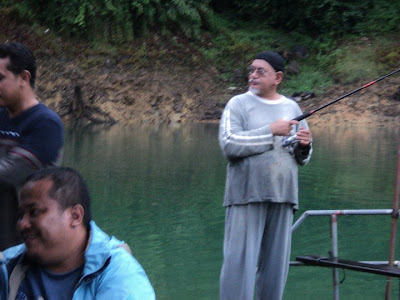 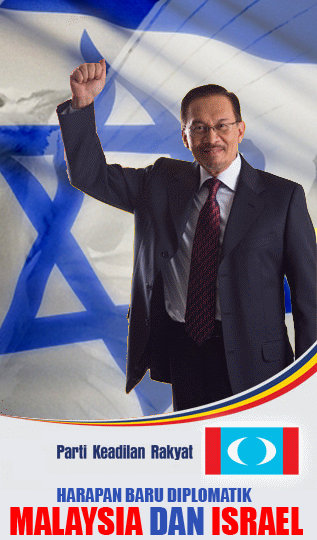 KUALA LUMPUR—Malaysian opposition leader Anwar Ibrahim said he isn't worried about state prosecutors' move to appeal a court decision acquitting him of sodomy earlier this month, and said he remains confident it won't derail his campaign to lead a new government to power in elections expected later this year.

Anwar Ibrahim spoke with supporters as his wife, Wan Azizah Wan Ismail, gave two thumbs-up after the verdict of his sodomy trial was announced in Kuala Lumpur Jan. 9.

"The judgment [in the sodomy case] was very strong" and "difficult to appeal," Mr. Anwar said in an interview with The Wall Street Journal at his political party's headquarters here Thursday. He said the appeal process, which began Jan. 20, would likely take at least six months, meaning it could loom over and outlast the election campaign.

Prime Minister Najib Razak has to call an election by March 2013, but under Malaysia's parliamentary system of government, many analysts predict it will be called much sooner, triggering one of the most fiercely fought electoral contests this resource-rich nation has ever seen. Mr. Anwar said he believes the election is unlikely to take place later than June.

Since the Jan. 9 verdict by a High Court judge—who acquitted Mr. Anwar of violating Malaysia's strict sodomy laws citing a lack of witnesses and flawed DNA evidence—the 64-year-old opposition leader has begun mobilizing support in this multiracial country, promising reforms to dismantle a decades-old affirmative-action program designed to give a leg up to the majority ethnic-Malay population while also targeting what he describes as widespread cronyism in Mr. Najib's government. If elected, Mr. Anwar said he will accelerate privatizations and do more to enable free markets to operate more efficiently, such as improving transparency in the bidding for government contracts.

Mr. Najib, 58 years old, is also keen to brand himself a reformer in part to win back ethnic-Chinese and Indian voters who in recent years largely have thrown their support behind Mr. Anwar's opposition alliance. Mr. Najib has also embarked on a series of sales of government assets to spur growth. Earlier this month, a government state investment fund sold its stake in car marker Proton Holdings Bhd. to conglomerate DRB-Hicom Bhd., and last year government-linked funds swapped shares in state-run Malaysian Airline System Bhd. with budget airline AirAsia Bhd.

"The overall principle is that we want the government-linked companies to sell off their noncore and noncompetitive assets," Mr. Najib said in an interview two weeks ago. "We are always looking out for how to add value to the country."

Privatization "looks good, but look again at the procedures," said Mr. Anwar. "The issue is not about privatization, it is blatant corruption."

Following the Proton deal, state investment fund Khazanah Nasional said in a statement that it chose the best suitor for the job and the country.

A Malaysian government spokesperson said Thursday the government is "fully committed to openness and transparency in all privatizations and divestments of state-owned assets and to tackling corruption wherever and whenever it is found." The spokesperson noted that Malaysia has introduced a new online database of government contracts so that anybody can alert authorities to any potentially improper actions.

"We are determined to ensure that all government contracts are awarded through a process that is fair and open to scrutiny," the spokesperson said.

After being embroiled in the sodomy trial—which he claims was politically motivated—Mr. Anwar is now shifting gears from defending his reputation to fighting to win an election.

Once a high-ranking member of the United Malays National Organization that has run Malaysia since independence from Britain in 1957, he was sacked from the party and lost his post as deputy prime minister after challenging former leader Mahathir Mohamad in the 1990s. He was subsequently charged for sodomizing his driver and his speechwriter, and spent six years in prison before his conviction was overturned.

After leading the opposition to one of its strongest-ever showings in 2008's national elections, Mr. Anwar was accused by former aide Saiful Bukhari Azlan of sodomizing him, setting in train another marathon, headline-stealing trial which Mr. Anwar again said was designed to end his political career. Mr. Najib and his government have repeatedly denied having anything to do with the case.

Now, after Judge Zabidin Diah acquitted Mr. Anwar, ruling that the forensic evidence presented against the opposition leader was flawed, Mr. Anwar argues that he isn't just "anti-UMNO" but has his own set of policies geared toward restoring Malaysia's competitiveness in a global economy where countries such as Vietnam and Indonesia are emerging as alternative magnets for investment.

"We must always compare Malaysia to Singapore, South Korea and Taiwan," said Mr. Anwar. "That's what we were."

If elected, Mr. Anwar said he would speed up the removal of racial quotas for university places and focus on helping lower-income groups regardless of race instead of solely aiding ethnic Malays.

In the interview, Mr. Anwar also clarified his position on homosexual rights and Malaysia's sodomy laws, and also the Muslim-majority nation's relationship with Israel.

"I support all efforts to protect the security of the state of Israel," said Mr. Anwar, although he stopped short of saying he would open diplomatic ties with the Jewish state, a step which he said remains contingent on Israel respecting the aspirations of Palestinians. Malaysia has consistently refrained from establishing diplomatic relations with Israel, although limited commercial ties exist between private companies in the two countries.
In response to recent local reports that he supported gay marriage, Mr. Anwar said they were wrong and that he "believes in and supports the sanctity of marriage between men and women." The opposition leader is suing government-linked newspaper Utusan Malaysia for defamation, alleging that it implied he supports and wants to legalize homosexuality.

Still, Mr. Anwar said that Malaysia's sodomy laws are "archaic" and could be amended.