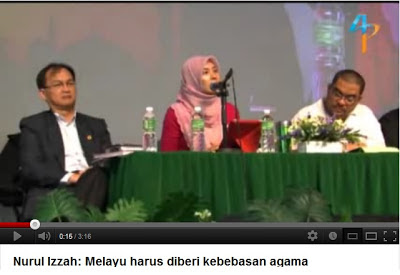 by sending a memorandum urging him not to be stingy with the state's growing cash reserve.

The memorandum noted that the state government planned to slash the development expenditure of RM600 million by RM100 million.

"We are doing this so that the parties have a role to play in drawing up the state budget and not just rubber-stamp it," Rani told The Malaysian Insider.

Khalid is expected to present the 2014 Selangor state budget on November 19.

The move comes after Khalid came under pressure from his party for the stingy manner in spending state funds.

Dr Rani said the memorandum was not meant to pressure Khalid but to ensure the Selangor state budget took into account the views of Pakatan Rakyat.

Pandan MP Rafizi Ramli turned up the heat on Abdul Khalid recently when he demanded an explanation from the state government on the reduction of allocation for his constituency.

In a letter dated October 22, 2013, Rafizi questioned why the Pandan constituency only received RM75,000 for an eight-month period, from May 2013 to end of the year.

He said the allocation was half of the amount set aside for the Kuala Selangor constituency.

Anwar said it was pointless to be parsimonious when there were many areas where money needed to be spent.

Khalid in response said he accepted the criticism as normal, while saying he gave more weight to criticism from the public than political leaders.

This did not go down well with DAP Puchong MP Gobind Singh Deo, who asked Khalid to clarify his statement, adding that political leaders were appointed by the people to represent them.

Khalid's political secretary, Faekah Husin, has meanwhile defended her boss, saying that he was not stingy but prudent in spending taxpayers' money.

"Abdul Khalid is very prudent with state spending as this is part of preparations in case Putrajaya decides to cut the budget of states governed by the opposition, including Selangor," said Faekah. October 23, 2013..
Posted by BADAR SUCI at 10:47 AM