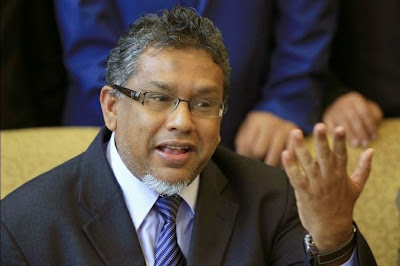 BUKIT MERTAJAM: Urban Wellbeing, Housing and Local Government Minister Abdul Rahman Dahlan today urged Penang Chief Minister Lim Guan Eng to approve all applications by the federal government to build affordable housing in the state.
He said the DAP-led state government would not incur any losses by approving the application.
The state government should give every opportunity to the federal government as enjoyed by housing developers in the state, he added.
“I urge Lim to approve all construction projects of affordable housing by the federal government by tomorrow (Sunday) if he sincerely wants to help the people of Penang own a house,” he told reporters after launching a Community Fire and Rescue programme yesterday.
He added that the federal government through its agencies such as JKP Sdn Bhd and the Penang Regional Development Authority (Perda) had made several applications in the past three years but to no avail on the grounds that conditions were not met.
Abdul Rahman said based on a study made by the government, 30,000 Penang residents were still waiting for affordable housing which included low-cost, low-medium-cost and medium-cost houses.
“Even though BN is not ruling Penang, we are sincere in helping the people of Penang but the authority lies in the hands of the state government,” he said.
Abdul Rahman, who is also an UMNO supreme council member, said Lim was too busy politicking at the expense of the people. He said Permatang Pauh voters, should take the opportunity to shun the Opposition in the by-election for failing to solve the people’s problems.
The Permatang Pauh by-election will see a four-cornered fight between BN candidate Suhaimi Sabudin, PKR president Wan Azizah Wan Ismail (PKR), Salleh Isahak (Independent) and Azman Shah Othman (Parti Rakyat Malaysia).
Polling is on May 7.
- BERNAMA
Posted by BADAR SUCI at 10:30 AM