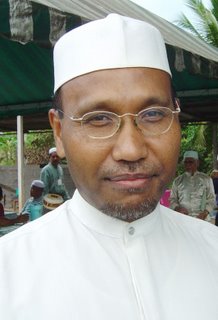 Deputy Defence Minister Abdul Rahim Bakri today clarified that his remarks in the Dewan Rakyat on Malaysia Airlines Flight MH370's turn back had been proven erroneous.
"On my statement which claimed that the MH370 turn back possibly due to instructions from air traffic controllers.
"I wish to clarify that it was based on my assumptions only and that this among the possibilities.
"After checking (the facts), I wish to stress that my assumption was inaccurate," said Abdul Rahim in a brief press release today, in which the word "assumption" was printed in bold.
Speaking during the winding-up speech for the Defence Ministry on the debate on the motion of thanks for the royal address, Abdul Rahim claimed that the Royal Malaysian Air Force (RMAF) did not attempt to intercept MH370 when it was detected on military radar off the Straits of Malacca on March 8.
He told the Dewan Rakyat the RMAF had "assumed" that the plane was ordered to turn back by flight traffic controllers.
However, Abdul Rahim stressed that conclusive answers will only be available when the debris from the plane is found.
Defence Minister Hishammuddin Hussein, when asked about this later yesterday evening, said he was unaware of Abdul Rahim's claims and thus could not confirm it.
Critics have claimed that RMAF had failed to investigate an unidentified blip on their radar screens on March 8 which was later confirmed to be MH370.
Posted by BADAR SUCI at 9:48 AM